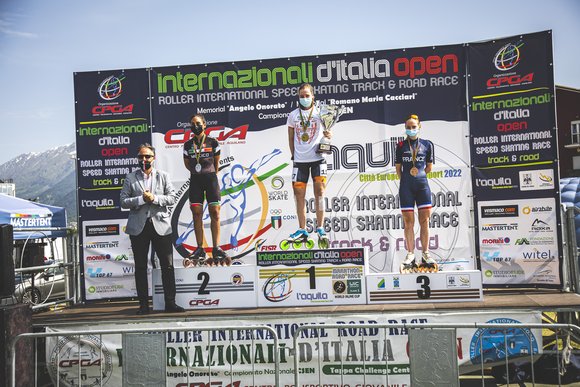 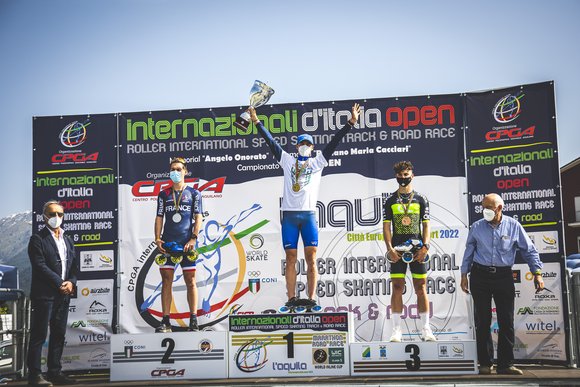 L’Aquila/Berlin,23rd/24th May 2021.
After two successful days of competitions on the track at the “INTERNAZIONALI D’ITALIA OPEN” in L'Aquila, Italy, the road races took place on Sunday in the capital of Abruzzo. After numerous sprints and a half marathon, the first official WORLD INLINE CUP started after 20 months with a top-class field with five female and male teams. The three-kilometre circuit with descents, inclines and roundabouts demanded a lot from the athletes.

In the women’s category with top skaters from The Czech National Team, the French National Team / EOSkates World Team, the CPGA Team, the Ukrainian Team and the Pole France Bordeaux, Beau Wagemaker (NED) won ahead of Valentina Letelier Cartagena (MEX) and Marine Lefeuvre (FRA) in an equally exciting finish sprint.

“In times of the COVID19 pandemic it was a great challenge for the organisers to implement such an international three-day event. We are glad that so many athletes had the opportunity to compete again. We are now looking forward to welcoming the WIC top athletes to the second WORLD INLINE CUP stage in Funchal, Madeira (POR) on June 13th.”, said Volker Schlichting, Executive Director of the WORLD INLINE CUP.