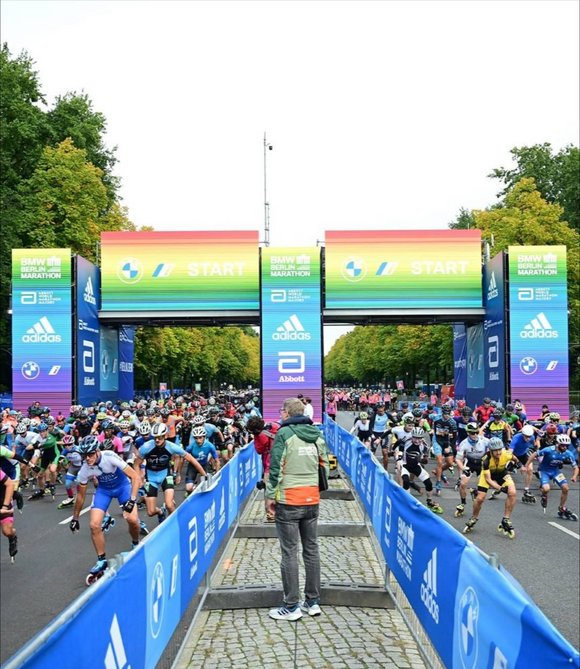 Berlin, 24 September 2022 4,300 skaters and good weather conditions promised a great inline festival and good times at the BMW BERLIN MARATHON, the final of the WORLD INLINE CUP 2022. Both were to come true on the race course through the German capital. With an impressive lead of about two minutes Bart Swings was able to break his own record and set a new best time of 56:45. For the Olympic speed skating champion Swings it is already the eighth victory in Berlin. Second place went to speedskater Felix Rijhnen from Darmstadt, followed by Belgian Jason Suttels.

In the women's race there was a mass sprint at the end. Marie Dupuy won after a video decision ahead of Lianne van Loon from the Netherlands and Sara Arregui from Spain.

After this year's stops of the WORD INLINE CUP in Rennes, (FRA), L'Aquila (ITA); and Funchal, Madeira (POR), it was all about collecting important last points for the overall standings in the individual & team rankings at the WORLD INLINE CUP in Berlin. After the race the following overall winners were crowned:

Congratulations to all participants and we are looking forward to a new season in 2023!