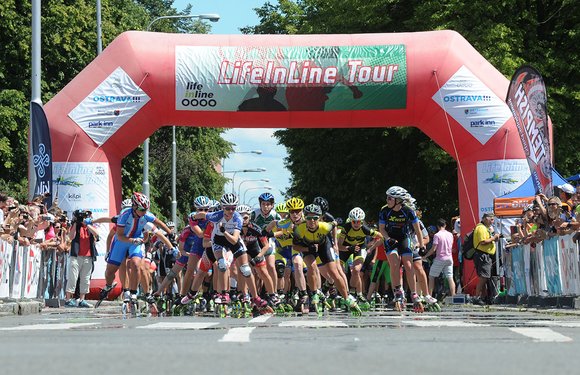 International Top skaters will be competing on Saturday, 17th June at the 13th WIC edition in the Czech city

After exciting races in Incheon, Rennes, and Dijon the next chapter of the 2017 WORLD INLINE CUP competition is about to be opened. The fourth race over a distance of 33,5 kilometres will be held in Ostrava.

Several top skaters like the current leading woman of the WIC Katharina Rumpus, from the Powerslide Matter World Team, the strong female SAM Racing Team from Ukraine, Christian Kromoser and Jokob Ulreich from Austria or Alexander Bastidas from Venezuela will be present at the fourth stage of the WORLD INLINE CUP 2017.

Aside from professional competition, open races, and children’s races will be held making the event universal, and for all ages. The Czech National team, along with entered athletes will be making an appearance on the eve of the elite race, making Ostrava ultimate real WIC experience with up to 2000 participants.

The next stage of the WORLD INLINE CUP will take the international skating elite on 15th July to Harbin, China. The WIC Season 2017 will culminate in the combined finals of the WIC and GERMAN INLINE CUP GIC on Saturday 23rd September in the German Capital Berlin.

Can't get enough of international Inline competitions with elite and leisure skaters? Stay tuned for the GERMAN INLINE CUP for more exciting inline skating. Next race held on 25th June in the port metropolis of Hamburg, Germany’s second largest city.