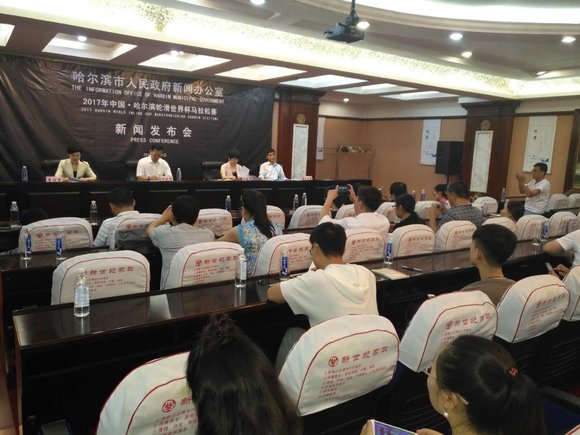 The organizers of the Harbin WORLD INLINE CUP race on 15th July held a press conference on 5th July at the Information Office of the Harbin Municipal Government.

Yang Xiaoming, Deputy Minister of the Heilongjiang Provincial Sports Bureau, talked about the mass sports, particularly roller skating. Qu Jianjun, Vice-President of the Harbin Sports Confederation, representing the Organizing Committee, answered the journalists’ questions on the preparatory work. The LOC wished the media to give good publicity to the race, which would be a prerequisite for the success of the event.