For the 10th time in history, Ostrava will become the world’s capital city of inline skating. Upcoming Saturday, the 16th of June 2018, Ostrava will host the WIC race, bringing elite skaters from 20 different nations to Czech Republic. 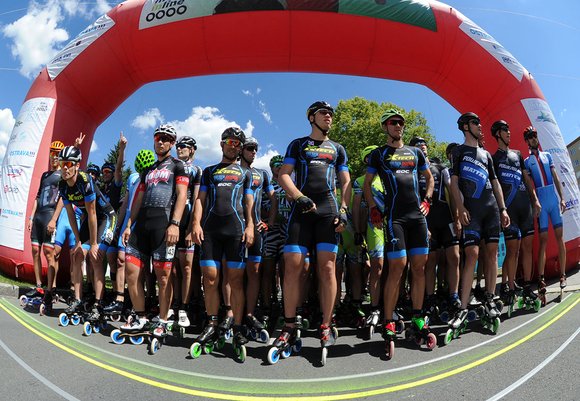 On the night before the race there will be a free evening ride on the race course, which is celebrated by almost 2000 skaters every year. The racing day itself is not only for elite skaters, but also for hobby skaters, beginners and even kids. The race is part of the LifeInLine Tour series, which is in its 14th season and skaters will compete not only for WORLD INLINE CUP, but also for Czech Inline Cup points.

As every year, the race will take place in Hlavní t?ída in the Poruba district of Ostrava. The circuit, famous for its difficult uphill on one side and very fast downhill on the other, offers a great show for the audience as well. Skaters often reach a speed of over 70km/h downhill and 40km/h for the average speed. The 33,5km race consists of 11 laps with more than 120m elevation difference in total. Men and women start 5 minutes apart from each other.

Winners will be back

“All skaters who skated in Ostrava really liked the track and are happy to return”, said Martin Plecitý, director of the race. They were especially impressed by the atmosphere on the track. “We would like to thank the Poruba district for technical and organizational cooperation and also to the main partner of the city of Ostrava for their support.

Last years race was won by Alexander Bastidas (In-Gravity International Team) from Venezuela and Germany´s Katharina Rumpus (Powerslide/ Matter Racing Team), despite tough competition such as Czech National Team-Skaters Ondrej Suchy (overall ranking 2017 7th) and Michal Prokop (overall ranking 2017 8th). All of them will be back to once again give their best.

Bastidas teammates Eugenio Landete Marquina (ESP), who won WIC´s third race of this year´s season in Dijon, France, and Iñigo Vidondo (ESP) will also be there to fight for team points, which, regarding to their opponents from Rollerblade World Team, might not be that easy – Ewen Fernandez, last year´s overall second-place finisher and three more teammates from Rollerblade World Team, who currently take the first place of this season´s team ranking, will also attend the race to maintain their lead.

A follow-up exhibition track race will take place on the day after the race at the U Cementárny skating arena with its very fast Vesmaco track. We invite all interested leisure skaters to participate as well.

The next stage of