After last year’s successful event held, Harbin is ready to welcome the athletes for the second time to the its TOP CLASS leg of the WORLD INLINE CUP 2018, the world´s premier speed skating marathon series. 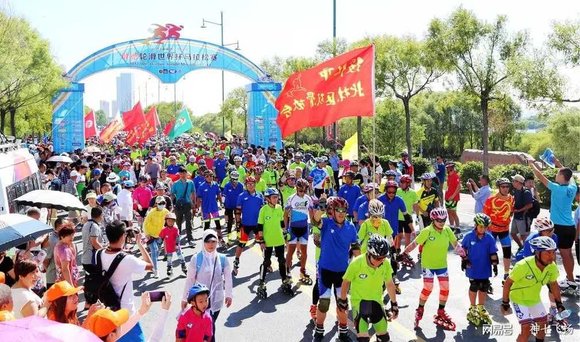 After having seen elite skaters from many countries compete together with leisure skaters in Oropesa del Mar (Spain), Rennes and Dijon (France) followed by Ostrava (Czech Republic), with Berlin (Germany) and Incheon (Korea) still to come, inline speed skaters from around a dozen countries like Columbia, Germany, France, Spain, Belgium, Czech Republic, New Zealand, India, Italy or Venezuela have now come to race on the banks of the Songhua River in Harbin, the capital of Heilongjiang Province.

Also, the current leader of the WIC ranking, Eugenio Landete Marquina (In-Gravity International Team) will try to maintain his and his team’s current leadership together with his teammates Alexander Bastidas (Venezuela), David Morell (Spain) and Inigo Fernandez (Spain).

After Harbin, the cup will see its climax at the final race held this year in Berlin (Germany) at the world’s largest Inline Marathon on 15th September. The date of the race in Incheon (Korea) will be announced as soon as possible.