After thrilling marathons in Oropesa, Castellon (ESP), Rennes (FRA), Dijon (FRA), Ostrava (CZE) and Harbin (CHN), skaters will compete for overall victory in the 2018 WORLD INLINE CUP at the final, the BMW BERLIN-MARATHON INLINESKATING, on Saturday, 15th September, in the German capital. 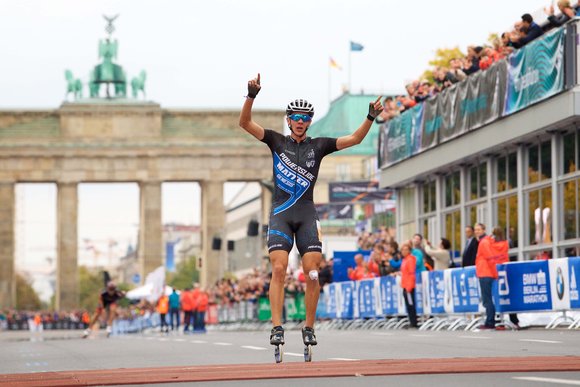 The world’s biggest Inline Marathon, with more than 5200 entries, starting at 15.30 near the iconic Brandenburg Gate is not only the final of the WIC but also of the GERMAN INLINE CUP.

With Arma Racing, Bont Skates, Castellon Marathon, Czech National, EOSkates, InGravity, Powerslide/Matter, SAM Racing and RollerbladeWorld Team the big names participated this year with elite teams at the WORLD INLINE CUP. At each WIC race in 2018 more top skaters were registered than in the past years.