The Grand Slam of Inline skating culminated today on its sixth and last leg of this year´s WORLD INLINE CUP. Berlin, saw around 5300 inline skaters form 67 countries and a great elite race which was accompanied by an extended inline skating programme featuring several kids´ races. Both weather and course conditions on the 42 kilometre loop were perfect, sunshine and 21 degrees and 250 000 spectators cheering the skaters 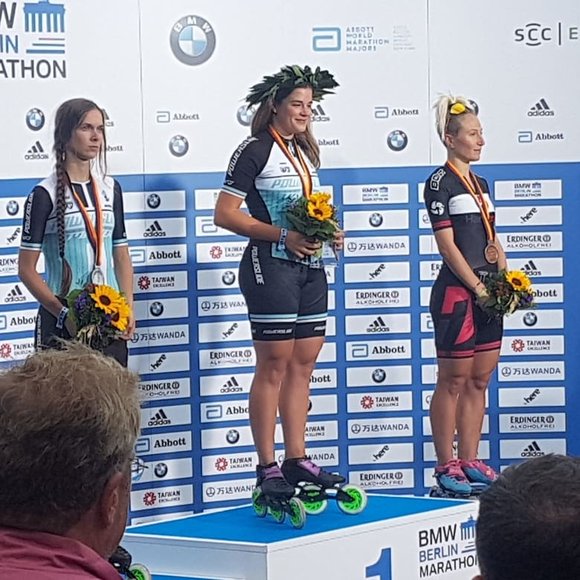 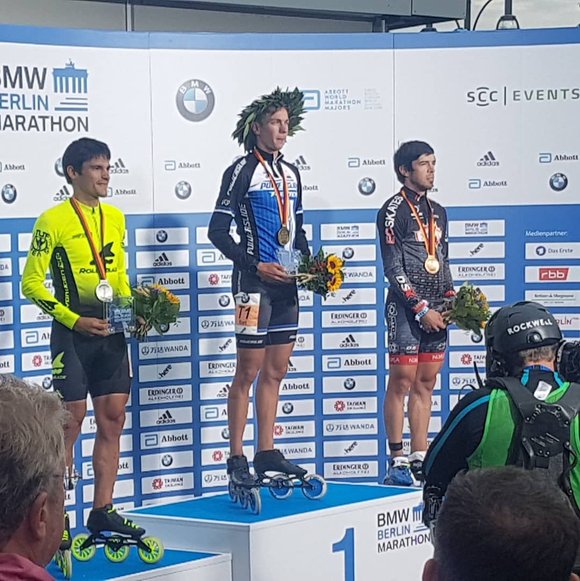 „This victory is very special, as I have won in a sprint after skating for 29 kilometres with Ewen and Nolan“ said the victorious Bart Swings after the race. He won for the sixth time in a row the BMW Berlin Marathon ahead of Ewen Fernandez (FRA, Team Rollerblade) and Nolan Beddiaf (FRA, Team EO Skates Boom)

Women's race decided on the finish line only

The women’s race was different, as the pack stayed together with Katharina Rumpus (Powerslide Matter Team) from Germany winning in a photo finish by less than a boot “I have been waiting for a victory here for many years and today finally a dream has come true, I am extremely happy!”