Today the organisers of the WORLD INLINE CUP (WIC) are announcing the calendar for the upcoming season. 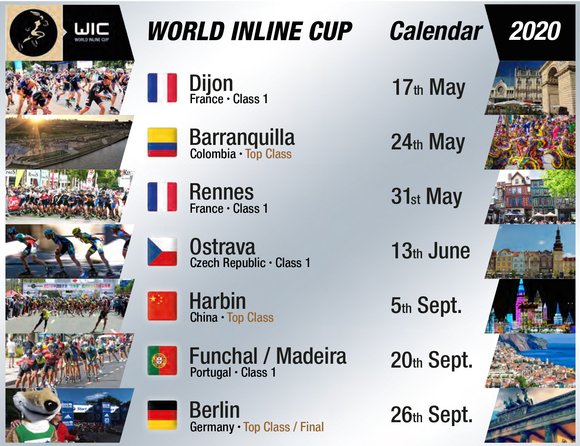 “When we took charge of the WORLD INLINE CUP back in 2014, we had four races in three countries. Now in 2020 we are back in China, we have with Portugal a new strong addition in Europe, we are crossing the Atlantic to Colombia, one of the most important inline skating nations in the world and we once again will have the final in Berlin at the world’s largest Inline marathon. There is still a lot to do, but we are sure that we are on the right track to make this beautiful sport stronger. With the support of many athletes, teams and partners it is possible to create a success story together. We wish all skaters and teams a successful season 2020 – so come and SKATE THE WORLD WITH US!”, said Petr Stastny, President of the WORLD INLINE CUP.