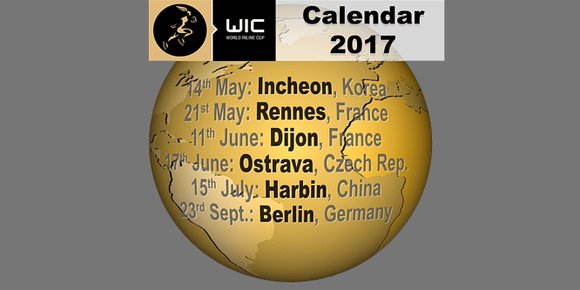 World Inline Cup continues to grow and is back in China.

This year the WORLD INLINE CUP will again have a leg in China with the Manchurian city of Harbin hosting a TopClass Race on 15th July. The 2017 WORLD INLINE CUP season will be launched in Incheon, South Korea on 14th May and the premier inline skating series continues with races in Rennes (France) on 21nd May, Dijon (France) on 11th June, Ostrava (Czech Republic) on 17th June and Harbin (China) on 15th July.

The final will be staged in Berlin (Germany), on 23rd September. The WORLD INLINE CUP organisation is currently finalising the review of the competition and registration formats as well as the WIC Rule Book. In the next weeks news on the updated regulations will be published and shared.