As in 2018, Skaters from 20 countries will fight for victory at the first marathon race of the 2019 World Inline Cup 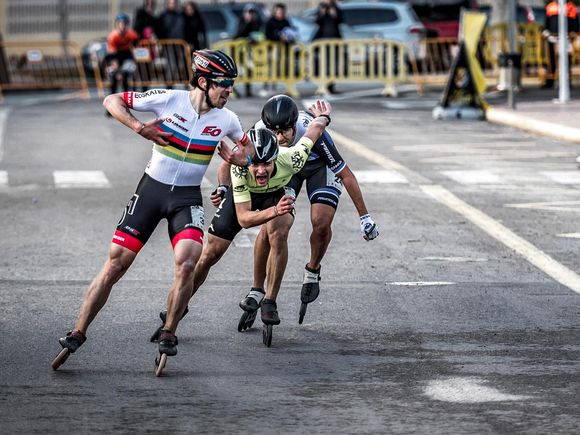 In 2019 the CLASS1 Race in Castellon/Oropesa del Mar, Spain, will be kicking off the WIC season for the second time. With four women’s and seven men’s teams, the WIC 2019 starts again with a growing team pool. With athletes from Columbia, Netherlands, Italy, France, Germany, Czech Republic, Ukraine, Poland, Slovenia, Belgium, Norway, Finland, Hong Kong, Austria and Argentina among others, the opening race of the WIC underpins once again the growing international character of the world’s leading inline marathon series.

The organisers expect a thrilling race under perfect weather conditions. In Oropesa del Mar, the participation of professional male and female WIC teams such as the Rollerblade World Team, the Czech National Team, the Powerslide/Matter Racing Team, the SAM Racing Team, the EOSkates World Team, the CastellonSpain Signpost Marathon Team and new teams such as Vitoria-Gasteiz International Team and Elurra K.E. with current and former World, European and World Games Champions reinforces the positive trend of the WORLD INLINE CUP from the last years.

In the professional field, Frenchman Nolan Beddiaf from EOSkates World Team will try to repeat last year’s victory against skaters such as Felix Rijhnen from Powerslide, Elton de Souza from CastellonSpain Signpost, Ewen Fernandez from the Rollerblade World Team, Inigo Vidondo from Elurra K.E. and the Spanish skater Patxi Peula from the Vitoria-Gasteiz Team. But also new Team members like the Columbian skater Sebastian Sepulveda from EOSkates or the Juniors like the Belgian talent Jason Suttels from Powerslide or Tomas Bohumsky from the Czech National Team give the elite starter field a new drive.

The goal of the WORLD INLINE CUP is to prove once again that it is more than just a marathon series. After a rainy race last year in Oropesa the WIC marathon will this year allow skaters to begin the season under the warming sun. After the medal ceremony, all WIC skaters are invited to a giant paella cooking event (tasting included) on site.

After Oropesa del Mar the next stop of the 2019 WORLD INLINE CUP will be Dijon (France) on 12th May followed by Rennes (France) on 26th May, Ostrava (Czech Republic) on 15th June and Harbin (China) on 21st July. The cup will see its climax at the final race held in Berlin (Germany) at the world’s largest Inline Marathon on 28th September.